This piece has been quite a long time in the making. The investigation began with building a cardboard armature to provide a foundation for slabs of clay to be placed on. Upon drying I realized that even though the cardboard had been essentially tenderized, it was still to rigid for the clay in its drying process, and thus was making the clay crack. After four attempts of trying to tweak different things in the hopes of making the drying process not result in cracks of various sizes. I decided to pull the armature out after a day of drying, when I did this I was able to get the piece to dry with out cracking. Then began an unintentionally long glazing process, time and life took over and only a little bit of color could be added each week. 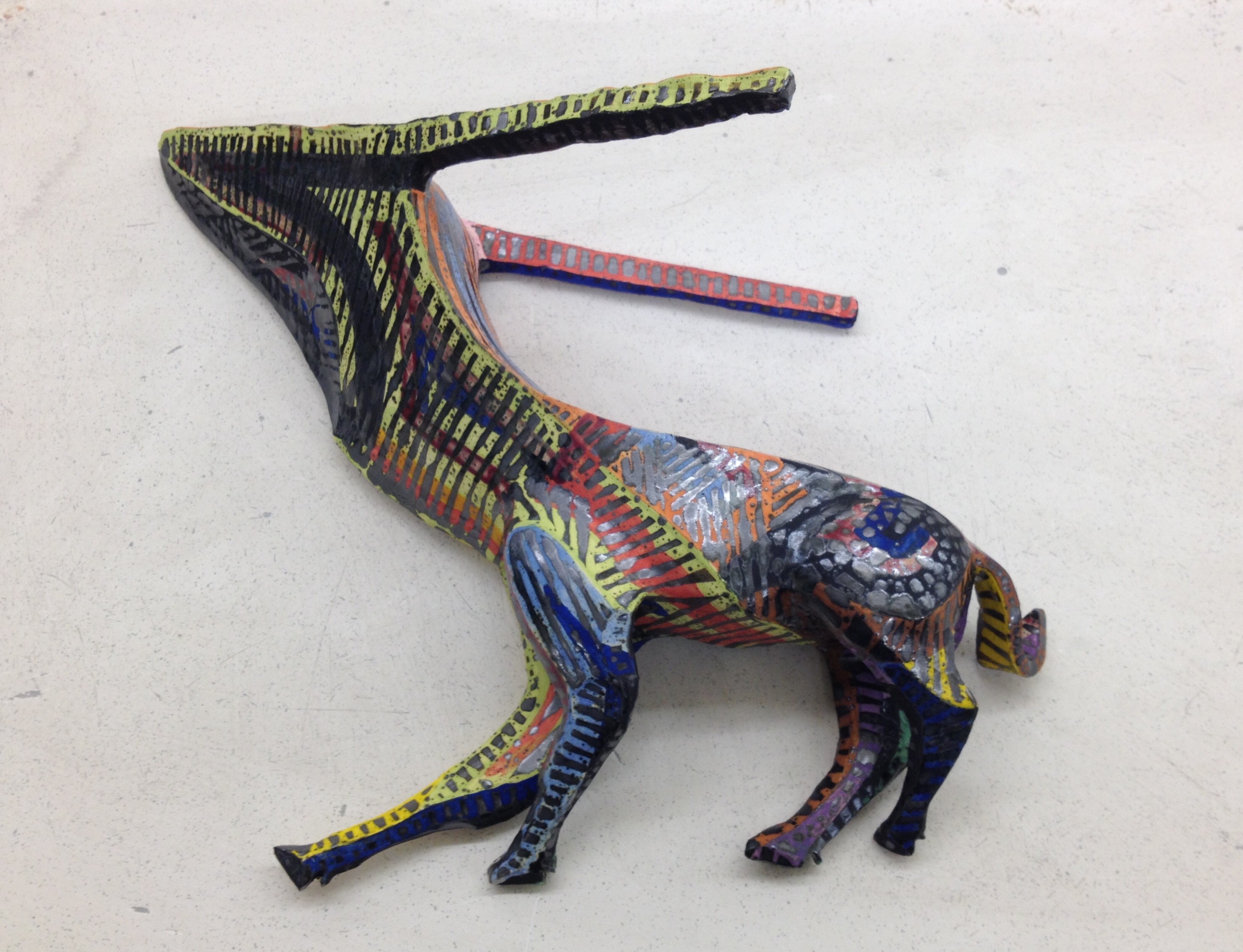 The next piece is already under way, its going to be a wearable ceramic mask modeled after a snarling german shepherd.